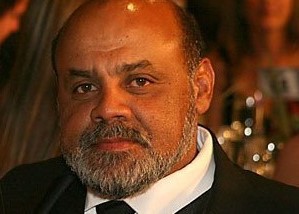 Established in 1987 by Harry Lartigue Sr, MnI Diesel is a full-service power systems sales and service dealer with its operations headquartered in Houston, Texas. Harry had been a master Caterpillar mechanic when he founded MnI Diesel in a 1,600 square foot Business Park space they rented in 1987.

Harry loves a challenge and competition, he always wanted to go into business but never really knew how to go about it. His first customer was Western Geophysical; they had offshore seismic vessels all over the world. They kept him busy and MnI still works for them to this day. Other customers at that time included companies such as Teledyne Exploration and Dixie Marine Carries (known as Kirby Inland Marine today).

He started with one Ford pickup truck and his tools box. His first bid was for a job in Africa. He explained his terms and rates which the client accepted. He then immediately incorporated MnI Diesel. Harry left the country and was gone for 45 Days. Upon returning he then opened a small engine shop. For the next year, he worked by himself. After a year of this, he decided he needed a mechanic’s helper.

Once he found a helper his wife Joann quit her job and went to work with him to run the business and office in 1989. Joann’s first office was in a closet at their home.

The business started to grow and after vessel operators found that MnI did outstanding work, more and more phone calls start to come for Caterpillar repair services. Due to his experience and reputation, his client list increased even more. He then hired more technicians over the years to handle the increased workload.

Harry got out of the field as a service technician in 2000 (10yrs later) but still doesn’t mind going out turning wrenches when he has to, which he still does today.

Harry and Joann moved to their current location in 1990. MnI Diesel today is still located in the Hobby Airport area of Houston Texas where they employ 25 + technicians and support staff between Houston and their second location in the Corpus Christi, TX, area.

Due to the expert work and reliable service, MnI Diesel was made an authorized Caterpillar Marine dealer in 2000. In the years to follow, MnI would become authorized dealer/distributor of Cummins, Kohler Power Systems, and Scania. These distribution rights also include advanced technology and systems such as Puradyn Oil Bypass Filtration, MIRATECH Silencers & Emissions Systems, Donaldson Filtration, Charlie’s Soap, TDI Air Starters, QuickCable and Bell Performance Products.

After 30+ years of service, MnI Diesel’s reputation for quality workmanship with competitive prices continue to this day.

MnI Diesel provides the type of consistency of excellence that brings back satisfied customers and establishes long-lasting business relationships for years to come. 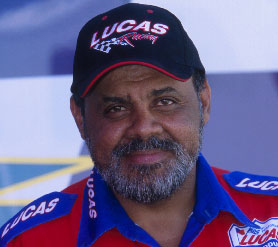 While forming MNI Diesel, Harry was a veteran NHRA Pro Stock Motorcycle racer, crew chief and team owner. Harry Lartigue Sr had been a rider and tuner since 1976, Harry went professional in 1978 and he later got off the bike in 1992. Harry built an impressive collection of national event wins as a professional motorsports team owner and crew chief including a U.S. Nationals win.

Throughout his career, Harry has been instrumental in the development of up and coming riders, including Chip Ellis, Michael Phillips, Indy winner Reggie Showers, Antron Brown, Peggy Llewellyn, Tony Mullen, and Craig Treble. 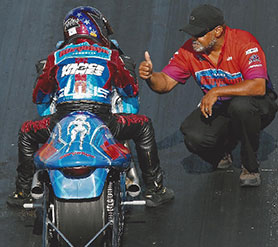 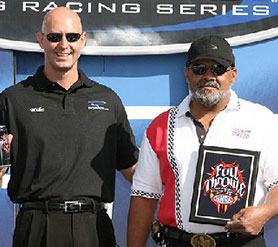 “The Kuryakyn name has become synonymous with the V-Twin aftermarket, so it is truly a pleasure to be able to bring our brand to the NHRA Drag Racing scene on a V-Twin motorcycle,” said company founder and President Tom Rudd. “I couldn’t be more excited about the program we have put together for 2011,” added Lartigue. “With both our new sponsor Kuryakyn and our longtime technical partner Vance & Hines, I believe we are going to have a very competitive package this season.”

While Harry is not participating in the professional ranks anymore, he is still very active in NHRA’s Jr. Dragster program alongside his grandkids as their crew chief.

Our 24/7 parts and service support for your marine, industrial, residential, power generation and industrial business needs is second to none.

MnI Diesel offers parts for all our product offerings. New and remanufactured quality parts can be purchased through our network.

For all of the products and parts we service, manufacture, and maintain, we've provided informational documents for download.

It is our policy to provide a work environment that is inherently safe. The safety and health of our employees is of primary importance as they...